Watching the crew at Mad Men’s Sterling Cooper can bring about feelings of workplace nostalgia or nausea depending on the scene, Occasional martini lunch — good. Occasional overindulger in a martini lunch — bad. Lack of electronic distraction — good. Lack of diversity — bad.

Though it was never addressed on the show, chances are Sterling Cooper didn’t have a human resources department (or personnel department as it would have been called). They didn’t become popular until a few decades later.

Starting in the 1960s, laws aimed at fairer employment practices began to pass. HR departments focused on compliance began to take shape. But they were still a far cry from today’s HR team which go beyond compliance to focus on people. Here are a few things that are different about HR now, compared to the Mad Men era.

The crew at Sterling Cooper may have taken the occasional briefcase of work home with them, but that was about the extent of remote work in the 1960s. The technology simply didn’t exist.

In 2016, 43 percent of Americans reported working some of the time remotely. HR departments may have to juggle employment laws from a variety of states, as technology is increasingly making mobile work easy.

In the 1960s, the pool of competition was limited to people in the same geographic area — you’d see an ad in the paper, complete an application in person, shake a hand, and hope to get an interview (over drinks if you’re Don Draper and Roger Sterling).

Today, applicants are competing virtually against an entire globe of talent. Jobs are posted online for anyone, anywhere to see. Resumes are sent in electronically, and applicants can expect an interview over phone, video chat, or perhaps, in person.

Offices in the 1960s might keep a few resumes of rejected candidates on hand, but they’d be in a file folder, collecting dust. And the task would likely be left to the secretaries at Sterling Cooper — personnel departments didn’t take shape until after 1964, when the Civil Rights Act was passed.

ALSO READ: Creative Ways to Use Your Applicant Tracking System

The primary focus of personnel departments in the late 1960s and early 1970s was on record keeping. They tracked names, addresses, paperwork, and so on. After all, Don needed to know where Peggy lived so he could show up at her door uninvited.

Thanks to HR software, most HR record keeping is now automated. This leaves HR pros time to focus on attracting, retaining, and developing top talent in new and exciting ways.

In 1963, the same year the Equal Pay Act was passed, 59 percent of women ages 18 to 33 were not participating in the workforce.

Today, the numbers have flipped — 63 percent of millennial women are employed (Peggy and Joan would be proud). But women still earn only 80 cents on the dollar compared to men. 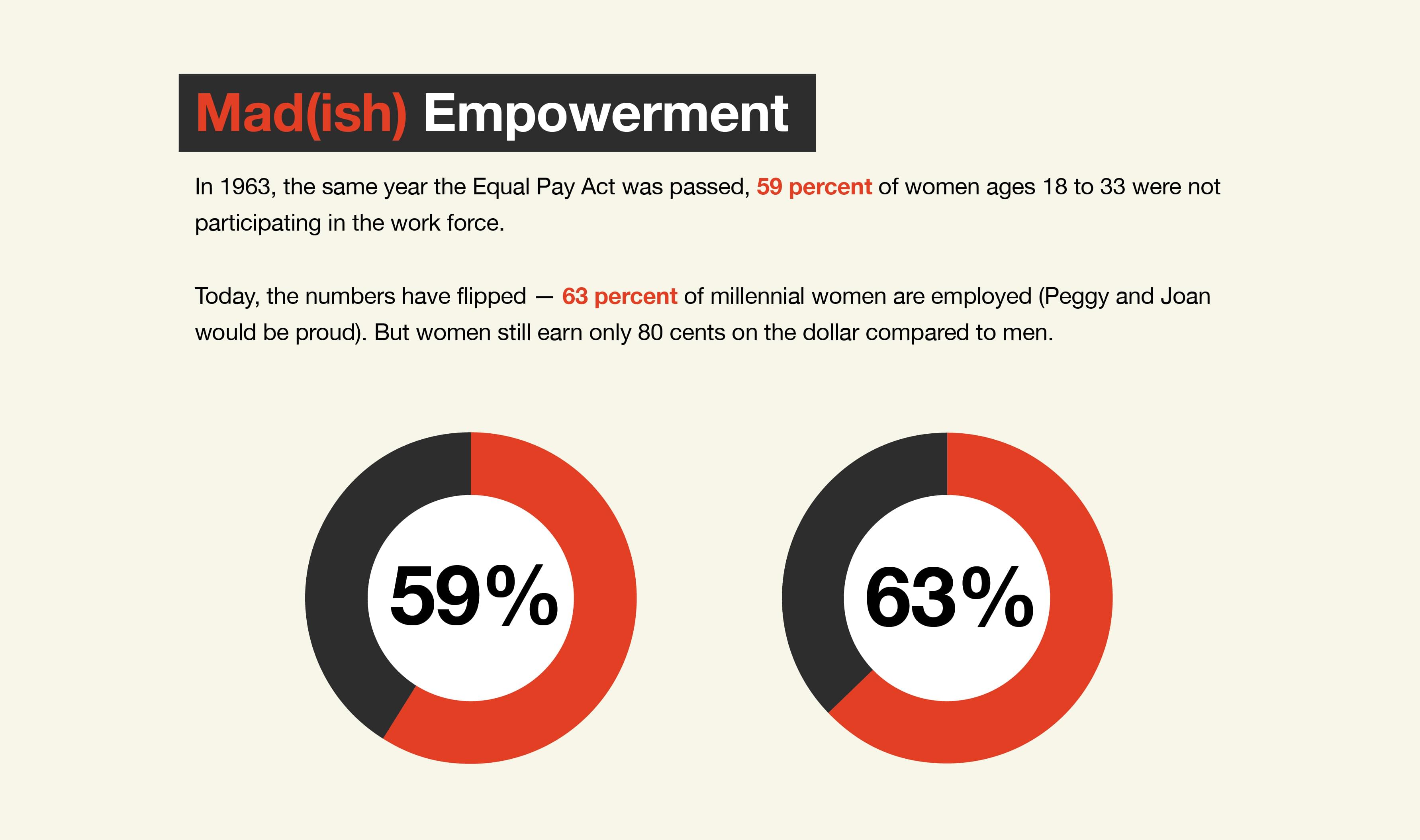 With more employees seeking work that’s not just about money, but about values and potential for personal growth, HR will continue to change in the years to come. What do you predict for the future of HR? Tell us in the comments.