Succession planning can feel overwhelming at times. Especially if it’s something new for your company. Although it takes more time in the beginning, it’s ultimately a process that can save you time and money.

What is succession planning?

Succession planning is a process through which an organization ensures that employees are recruited and developed to fill each key role within the company. In this process, you ensure that you will never have a key role open for which another employee is not prepared.

In other words, succession planning makes sure someone can take a role when the position opens up due to promotion or unexpected events. This a crucial strategy that is important to all employees, but especially with leadership and top management positions.

Here’s how other companies have benefitted from succession planning:

A few years back the tech pioneer, IBM, had an excellent example of internal succession planning done right. At the time, IBM announced that the current SVP, Virginia Rometty, would be taking over as the company’s first female CEO when Samuel J. Palmisano retires. This replacement wasn’t due to an embarrassing mistake or shaky numbers, but rather it was a smooth transition when Palmisano and the company were performing at the top of their game.

Rometty began at IBM back in 1981 and has stayed with IBM since. She has grown and climbed the ranks to SVP and Group Executive for Sales, Marketing and Strategy before getting offered the role of CEO. Through proper planning, Rometty worked her way from an entry-level job at the company and proved herself to the board.

Although Rometty herself was key in this promotion, IBM did an excellent job making sure the growth structure pathway was put in place. They did this by:

The announcement took place in October, and the transition had most likely started before the news was made public. This is the right way to hand off a position and prepare for an exit over time. Instead of rushing the transition in a two week period, the team built a plan that fit the position.
For a CEO position, a transition might take longer because of increased responsibilities. Giving time for the proper transition allows the board and company to know if this is the right fit and gives the successor time to feel confident in their new position, ask questions, learn new skills, and manage the workload.

The company could have chosen a leader based on qualities of their current leader–a common practice in succession planning. However, IBM chose their new leader based on merits and looked internally at candidates as well. This demonstrates an understanding of transparency that supports and adds to the robust company culture they have in place.

Before he stepped down as CEO of Apple, Steve Jobs prepared his succession plan in the form of Apple University. Founded in 2008, Apple University has a leadership curriculum with content and materials based off of Job’s experiences. Its purpose is to “teach Apple employees how to think like Steve Jobs and make decisions that he would make.”

This digital curriculum is a great example of how technology can be used to prepare a company’s leadership succession.

Besides Apple University, Steve Jobs was also working hard to prepare Tim Cook for the position of CEO. Cook took on a variety of different operational roles including manufacturing, distribution, sales, and supply chain management before working directly with Jobs to gain experience in the CEO role.

In his resignation letter, Steve Jobs wrote, “As far as my successor goes, I strongly recommend that we execute our succession plan and name Tim Cook as CEO of Apple.”

In a recent interview, Tim Cook shared his view on succession planning saying, “I see my role as CEO to prepare as many people as I can to be CEO, and that’s what I’m doing. And then the board makes a decision at that point in time.”

Apple has seen the importance of having a proper succession plan in place to ensure that there are no problems when it comes to leadership in the company.

In February 2017, the luxury retailer named Daniella Vitale the new CEO. She had previously held the title of COO. Her predecessor Mark Lee announced, “It’s time to turn the day-to-day management over to Daniella, who has long been my planned successor and is uniquely qualified to take the leadership reins.”

Vitale had worked under Lee before Barneys at Gucci. She had over eleven years of experience with Gucci before she crossed over and joined Barneys as a Chief Merchant. Mark Lee had a key role in developing Vitale’s growth pathway and ensuring each step progressed toward her eventual role as CEO.

This approach to succession planning proved advantageous when Lee passed the reins. By the time Vitale was offered the position, she already had plenty of experience as a leader within the company, had worked in several different departments, and was the COO overseeing all departments. The plan took place over the course of five years. Barneys and Lee took time to ensure employees prepare, adjust, and learn the skills necessary for the role.

How finding the right Software can help

Companies who choose leaders from inside the company report a 70-80 percent success rate, and the latest HR software can make tracking and training new leaders easier than ever. These tools give companies the power to develop a well-fitting growth and leadership plan for each individual employee.

As employees progress, update their digital profiles and adjust career pathways to fit both employee and company needs. Management and company decision-makers should have access to employee growth information to simplify the entire process.

These are just a few examples of how to do succession planning well. These companies were thoughtful, strategic, and set their plans with intention. They gathered candidates with the right amount of experience, built their resumes, and invested in the employees. These plans also required willing and helpful leaders who stepped back to mentor and prepare to exit.

Leaders at any company can apply these lessons to their business. Succession planning can help maintain growth and stability as well as encourage retention and promotion from within.

Does your company have a succession plan in place? Have employees been placed on pathways?

—
Alexis is a creative enthusiast. She has worn many different hats throughout her career. She started by working in advertising at agencies such as Ogilvy and Mather in NYC, FCB Global Los Angeles and also worked with several freelance client accounts as an Art Director and Creative Strategist. She then ran all Social Media and Content Strategy for Asia’s largest health and wellness company, Sunrider. Today, she runs all marketing efforts for ProSky, an upcoming disruptor in HR Tech. 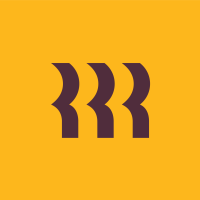 Rippling is the first way for businesses to manage all of their HR, IT, and Finance — payroll, benefits, computers, apps, corporate cards, expenses, and more — in one unified workforce platform. By connecting every business system to one source of truth for employee data, businesses can automate all of the manual work they normally need to do to make employee changes. 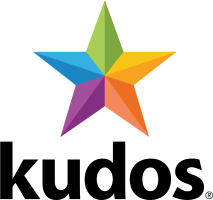 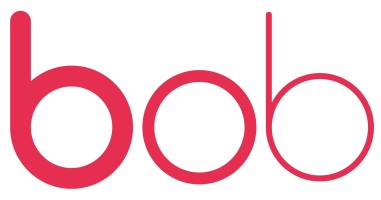 Meet Bob, the modern HR platform for modern business. With Bob, HR teams get everything they need to operate efficiently and engage employees in one HRIS. Use automation and workflows to save hours on HR admin time. Connect employees from anywhere with a social media-like homepage that drives culture with communications, kudos, and recognition. Centralize all people data in one place for a holistic view. Share accurate reports for stronger insights and better decision-making. Learn more about the benefits of HR with our market-leading research.