Docker is the most popular software solution for containerization and container management for developing applications. It’s used by a wide range of businesses from major corporations to start-ups and mobile centric platforms. It’s popularity is due to its broad accessibility and wide array of features. It’s very easy to get in and use it, which makes it tempting for developers to rely on it for their containerization needs.

However, not all businesses are built the same, just like how their usage of containers isn’t always the exact same. Different applications have different needs and uses for containerization software, and Docker may not be the best choice. Here is a list of 10 alternative containers you can use besides Docker: 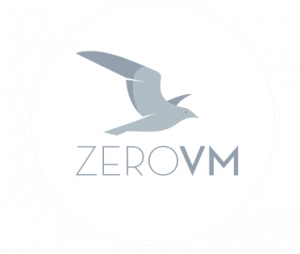 ZeroVM is open-source, lightweight and based on Google’s Chromium Native Client. The VM stands for Virtual Machine, but unlike regular VMs it doesn’t simulate an entire environment, it only virtualizes the space needed to run the application, which allows for much faster deployment and isolation. It’s extremely quick and secure, offering security even for unverified code to run without fear of attack or interception. Skipping the whole OS to only run an application saves a lot of processing power across multiple environments as well.

Podman is also an open source alternative, but it has a unique advantage among Linux systems. It runs containers in the background without root privileges. It achieves this by integrating directly with the systemD instead of having to access it with privileges like Docker does. Since it can only be accessed through the local system this way, it provides a unique extra layer of security. It also has a larger integration toolset than Docker. Podman is even supportive of files made for Docker.

Vagrant specializes in running multiple conditioned virtual environments together using multiple virtual machines and operating systems. It can make a whole self-contained and secured virtual network of virtual machines. These virtual machines can then be imaged and shared across different platforms to other team members who can work on the development simultaneously without sharing a single environment or system. Docker locks isolation to the user level, but Vagrant opens it up and gives higher customization to accessibility. 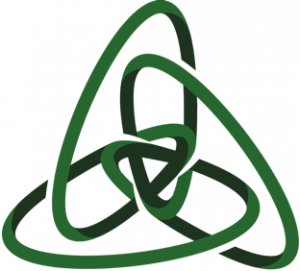 OpenVZ is very much like Docker in terms of their features, but OpenVZ comes with a different set of tools. An OpenVZ user can create multiple isolated Linux containers on a single server. These containers act as their own virtual servers with unique IP addresses, system libraries, applications and files. This allows for independent access and activation of developing applications across a wide network. OpenVZ uses its own Network File System to allow users to access its virtual servers freely, which can all be controlled by a systems administrator. It’s focus is more on hosting virtual servers, but can still handle application development on them like Docker can.

For much larger scale developments across multiple teams, container clusters are often useful. Docker has its own variant, Docker Swarm, to deal with those. Rancher is built specifically for wide scale development across a large network of developers. It automates the management of clusters based on the settings and configurations of the administrator. Once all the clusters are organized by department, permissions and privileges can be given without further input, ensuring that everyone gets to their designated environment with minimal issue.

Buildah is actually complementary to Podman more directly than it is with Docker. Both use some of the same functionality in their build processes. It’s an OCI image-builder that can be built from either a Dockerfile or more generic Containerfile to remain OCI compliant. What it excels at is the layer control over the images it generates, which allows for multiple changes to commit to a single layer at once. It can also create images with nothing at all, so the isolated environments can be customized starting from zero with only the applications that are necessary. Each user has a view of their own images only, which maximizes security within teams but complicates sharing work with others.

Containerd is all about simplicity and ease of use. It was formerly part of Docker’s toolkit, but has since become an independent, standalone container runtime application. It is installed alongside Docker, but can also be installed without Docker. It’s great as a more entry-level tool since it lacks most of Docker’s larger network of features and focuses exclusively on acting as a low-level container. Its work can then be easily accessed through Docker and updated, making it both an alternative for lower level development and a step in the natural path of developing with Docker.

VirtualBox allows users to run multiple virtual machines that also use different operating systems, a feature that Docker can’t do. It can also switch data from one OS to another via the use of cloud-based storage without compromising the user’s security since the virtual machines don’t use the same OS kernel as the host machine. It’s not lighter by comparison, but the ability to transfer files and applications between different virtual operating systems gives access to entire industries worth of products that Docker development ends up ignoring.

RunC is another former Docker component that has become its own standalone modular tool. It was released this way to improve container portability. It’s universal between operating systems and is capable of running its containers at runtime, allowing for faster development and testing in isolated environments. Its portability allows development to segue between hardware upgrades with ease. And it can work with or without Docker. If a project has to last between a major relocation effort, runC can keep things stable until hard wired access is regained.

LXC is, quite simply, the built in Linux Containers ability that is part of the open-source system. It’s not based on Linux, but uses Linux directly to run multiple isolated environments off of a single machine. Docker used to be better than it in every way, but LXC has been updated to the point where it can now contend in the way of disk performance, volume management and sharing IP address and system files on the host machine. It runs much lighter but still does all of the important functions, and hypervises the environments it creates.

It’s never healthy to stay attached to only one solution in app development. It is beneficial to branch out, test new potential solutions, and figure out if there is an easier solution to be found in a less popular platform.