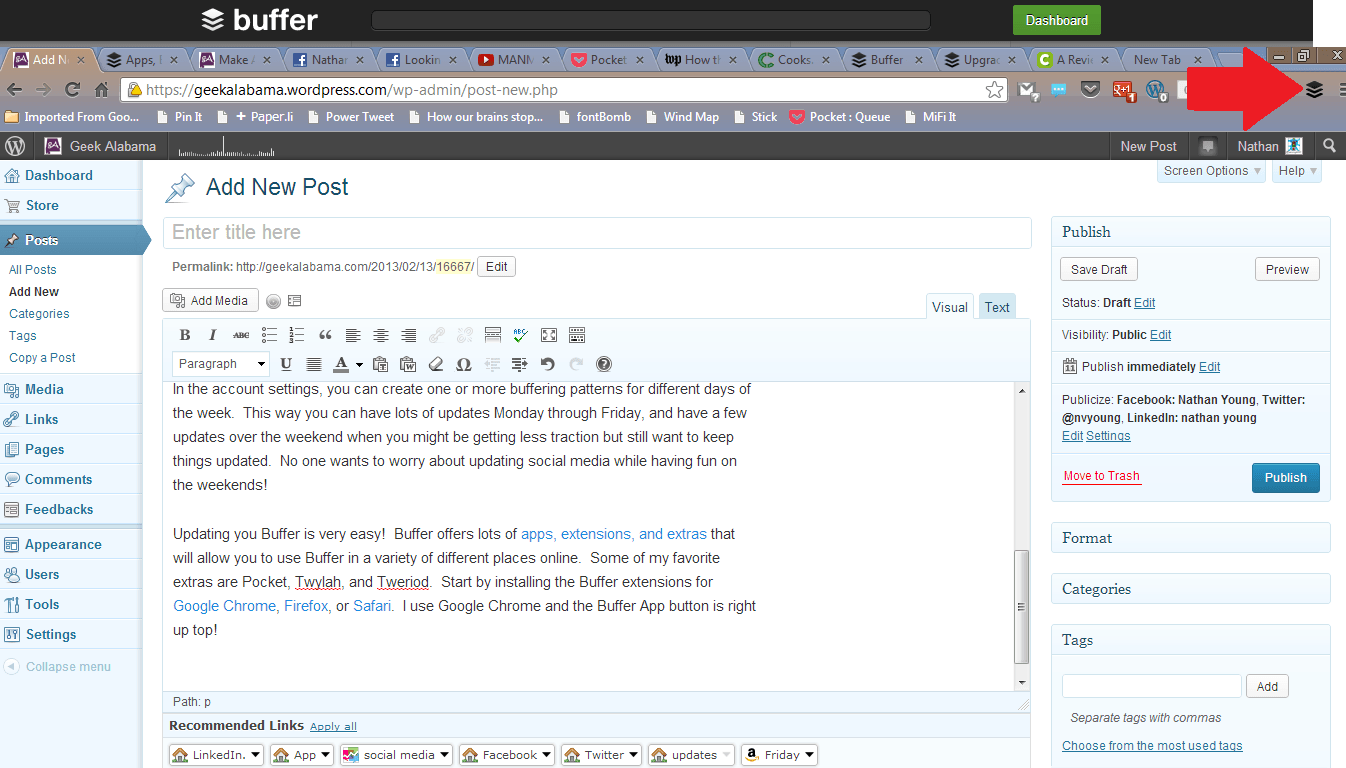 Buffer is a social media management system that was developed in 2010 by Joel Gascoigne. In the past 3 and a half years since its founding, Buffer has grown significantly and now employs 23 people full-time.

The Buffer application allows users to more efficiently manage their social media platforms such as Twitter, Facebook, and LinkedIn. Posts can be written in bunches and used to create a schedule of posts that will be automatically pushed to various accounts at predetermined times. This prevents the user from having to log on to multiple sites at various times throughout the day  to generate new content. Once the various social media profiles are linked, assigning content to each profile is as simple as clicking the corresponding avatar. Signing up for Buffer is free and they offer their “Awesome Plan” casual users as well as three different subscription plans for businesses depending on the needs of the organization.

In addition to making content and social media marketing easier, Buffer is also integrated with Google Analytics to offer business plan users an easy way to track follower growth, social mentions, and other interactions. Lastly, Buffer is also able to track the number of people who have clicked on the links you posted.

In an effort to reach film fans, Paramount Pictures utilizes Buffer by scheduling their content to be released when it will reach the highest number of interested users. Any business that uses social media to regularly engage their customer base could greatly benefit from this tool that makes it possible to analyze their content’s reach and easily disseminate it to multiple platforms.

Get pricing for Buffer

Learn everything you need to know about Buffer. Our experts will reach out to you shortly.