Pipedrive is a customer relationship management (CRM) software for businesses of any size. This tool helps salespeople focus on the best opportunities by showing them overviews of their sales process and by giving them access to pipeline management tools. Pipedrive provides CRM, sales forecasting and reporting, activities and goals, mobile apps, email integration, and products in addition to a library of educational resources, including Pipedrive Academy for learning the software.

Pipedrive’s features keep salespeople organized while helping them identify sales opportunities, keep tabs on relationships with prospects, and communicate with prospects without having to leave the system. Salespeople use Pipedrive to see big picture views of deals-in-progress, but they also use the system to focus their efforts on the leads with the most potential and to keep track of completed deals. Pipedrive enjoys top reviews from numerous B2B software review websites and is used by companies such as Amazon, Vimeo, and RE/MAX.

Pipedrive offers a simple user interface (UI), but don’t mistake this for a lack of features. This system offers all the features you’d expect from a best-in-class CRM but takes care to organize them without overwhelming the user. This is where Pipedrive truly shines: Pipedrive doesn’t reinvent CRM software—it offers a CRM that works exactly as expected in a way that’s kind to the user.

Every related contact, organization, and deal stays linked, creating a full-picture snapshot of your sales process at every step. The timeline view helps to make sense of your company’s sales history and lets you plan for the future by showing you upcoming events by the week, month, or quarter. Activities work as a sort of simple task management tool to keep you on track, and the Kanban view allows you to drag and drop deals through different stages of your pipeline.

The biggest drawbacks of Pipedrive are the email and reporting features. Users can connect their email account to Pipedrive and send emails using custom fields and templates, but Pipedrive offers little in the way of email automation and simple cadences. Reports are mostly limited to showing top performers for deals won and revenue generated.

The good news is that Pipedrive does offer many integrations for the CRM, so if you want more oomph from your email or reporting, you can integrate a third-party app such as Mailchimp for email automation or Domo for analytics. Pipedrive’s marketplace is a helpful resource for getting the most out of the CRM, but some users might be frustrated by how many apps they need to do so.

Pipedrive is a top-rated CRM solution, but it isn’t out to reinvent the wheel. What Pipedrive does, it does well. This is true for features unique to Pipedrive in addition to the features you will expect to see in any CRM system.

Pipedrive allows users to manage deals in their pipeline via Kanban boards. Users can create stages for their pipelines, set the probability for deals to move on to the next stage of each pipeline, and also set something called a “rot rate” to help salespeople prioritize deals that sit in any given stage for too long. Drag and drop deals to move them throughout the pipeline and to mark deals as won, lost, or to move them to a different pipeline entirely. Salespeople can create multiple pipelines for different sales processes, and Pipedrive automatically moves the most important deals to the top of each pipeline stage so the team always know what to focus on next.

Users can connect their email accounts to Pipedrive to send, receive, and track emails. Pipedrive supports all major email service providers, and salespeople can create custom templates so they don’t waste time typing the same kinds of emails over and over again. The email feature also supports using custom fields to personalize emails sent to a large list of recipients. Pipedrive can also alert users when a recipient opens an email, replies, or clicks any links in the email.

True to Pipedrive’s vision of simplicity, the sales forecasting feature is low on bells and whistles, but it is straightforward and effective. Under the Deals tab in Pipedrive, click the sales forecasting icon to see projections for monthly revenue based on the number of deals in-progress and their respective times to completion. For a more precise forecast of revenue, users can also factor in probability by entering how likely they are to win certain deals. Users enter the likelihoods of success as percentage values, and entering them for deals in-progress creates a weighted forecast.

Get Pricing Review this Product 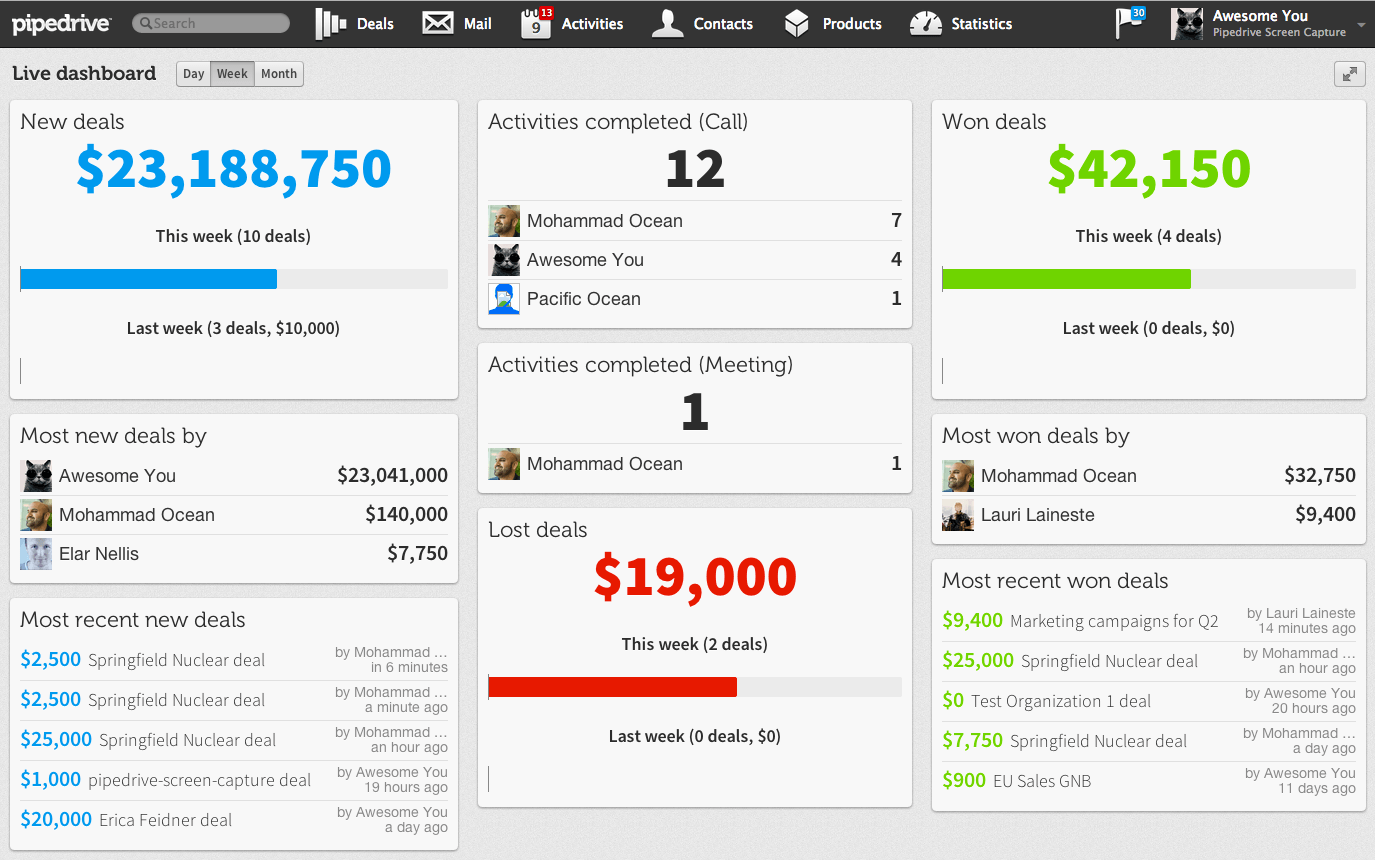 Get pricing for Pipedrive 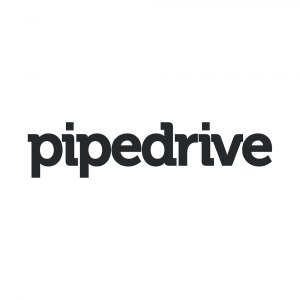 Learn everything you need to know about Pipedrive. Our experts will reach out to you shortly.