Heroku is a platform as a service (PaaS) tool for companies of all sizes that helps DevOps teams spend less time managing their app’s infrastructure so they can spend more time building apps. Founded in 2007, Heroku is a Salesforce company based in San Francisco, California.

Heroku’s greatest benefit is how much it speeds up app deployment. Developers can spend less time worrying about managing their app’s infrastructure and more time improving their app. It’s also very easy to scale with Heroku. If your app is seeing a traffic spike, you can increase the number of servers you want to use to ensure uptime. This means companies stay in control of how much server space they use, so they only pay for the servers they’re using at any given time.

The biggest complaint most users have with Heroku is pricing. Heroku is a premium product, and it comes at a premium price. For companies that have enough skilled team members to manage an app’s infrastructure themselves, Heroku may not be a good fit. But for smaller companies or companies who prefer to keep leaner operations, Heroku is worth the investment.

Heroku Developer Experience lets developers deploy apps straight from Git, GitHub, or Continuous Integration (CI). After deployment, developers can manage their apps using the Heroku Dashboard, a web-based interface that lets developers scale deployments up or down in addition to managing databases and add-ons.

Heroku Operational Experience helps developers troubleshoot and fix issues that may come up. Using OpEx, developers can set thresholds on response times for web requests. If the response time for a web request exceeds a specified threshold, Heroku will automatically scale web dynos and alert developers.

Get pricing for Heroku Platform 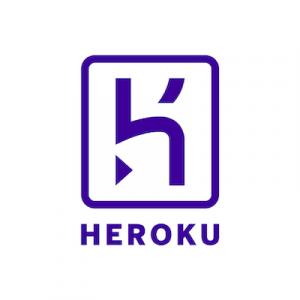 Learn everything you need to know about Heroku Platform. Our experts will reach out to you shortly.