Unstructured Data is taking the information sector by storm and many companies are struggling to keep up. Tweets, Facebook posts, and texts are just a few of the billions of bytes of data trying to be stored and monetized by almost every IT company. Future success in this field is greatly dependent on remaining completive and keeping up with growing trends. Here is a list of a few Big Data applications that will help your company capture, analyze and, cash in on Big Data.

Which Business Intelligence solution is right for your company?
find out now

Cloudera recently launched Cloudera Enterprise 4.0 Big Data management platform, as well as the fourth-generation of the company’s distribution of the Apache Hadoop software known as CDH4.

The new release of Cloudera Enterprise includes an update to Cloudera Manager with new tools for deploying and managing Hadoop systems, improved management automation of large-scale clusters, and easier integration with a broader range of management tools and data sources.

The CDH4 release offers new high-availability features that eliminates the single point of failure of the Hadoop Distributed File System, increased security that allows more sensitive data to be stored in CDH, and the ability to run multiple data processing frameworks on the same Hadoop cluster.

Datameer is launching Datameer 2.0, a new release of its Big Data analytics software that combines data integration, analytics and visualization into a single package with a spreadsheet interface. While Datameer 1.0 was offered only in an enterprise edition, 2.0 adds workgroup and desktop editions to the Datameer lineup.

The release includes the new Business Infographics Designer for graphics and data visualization design control. The software is built on HTML5 and sports an enhanced user interface, offers support for additional data sources including Facebook and Twitter, and provides improved integration with the Hive data warehouse system for Hadoop.

Kognitio boasts its in-memory analytical platform, which can quickly analyze terabytes of data, combined with data visualization software from Advanced Visual System in a move the company described as a convergence of Big Data and cloud computing technologies.

Under the Kognitio-AVS partnership the companies will be targeting their combined technologies toward vertical applications in advertising, consumer behavior and social media.

Big Data has become an integral part of business and is growing at a monumental rate. It is important to understand the power of big data and how to capture and use the information. The products listed are among dozens of others that will help make big data work for you. Before choosing any platform, be sure to consider your organizational needs and the features offered. Then after you select the right software you will be on your way to taking advantage of the limitless potential of Big Data. 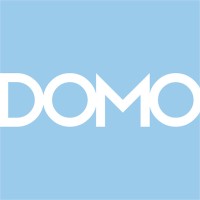 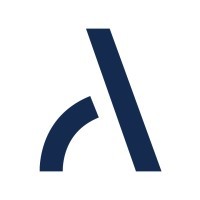 Learn more about the benefits of Business Intelligence with our market-leading research.