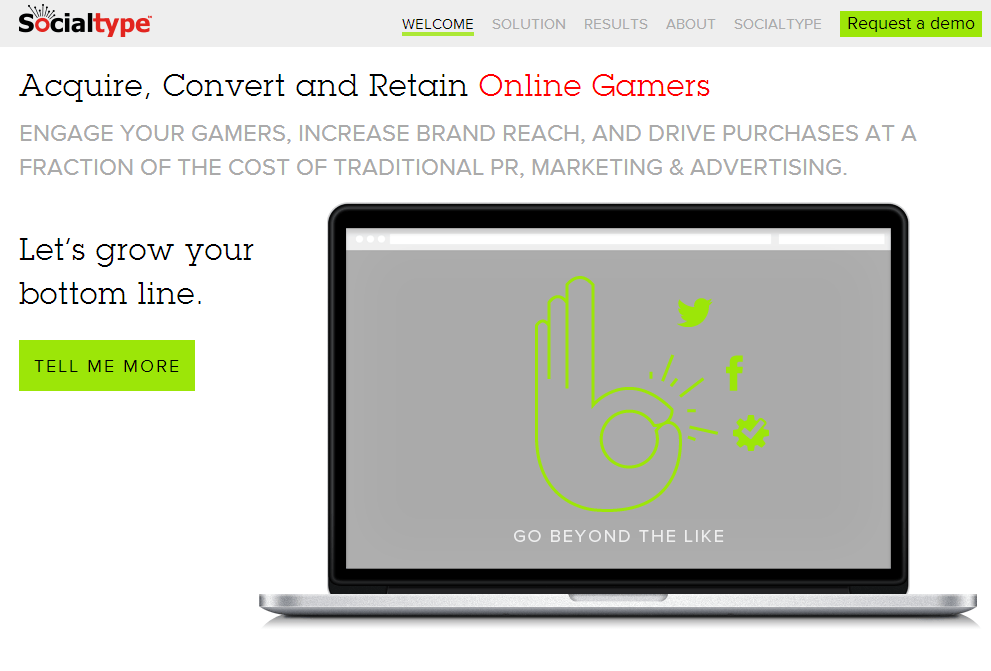 SocialType specializes in increasing the player base for companies who develop computer games. To do this, SocialType employs an enterprise level solution titled Bamboo. Ultimately their goal is to improve their partners’ revenue and margins. Currently, SocialType maintains offices in the US, Europe, and Asia.

SocialType’s platform has been in operation for over two years. Bamboo is primarily designed for game creation studios, and has many industry-specific features. It engages gamers with player referrals, and by using social media like FourSquare, Facebook, Twitter, and Google+. By creating a community of engaged players, Bamboo fosters increased brand knowledge, loyalty, and engagement. This in turn leads to more social sharing and referrals, which increases the number of players. Bamboo gives a game a strong presence on social media, fueling exposure and consumer growth at a reduced cost compared to traditional advertising.

In 2012, MindArk, a developer that has published multiple massive-multiplayer online games, adopted Bamboo in order to grow its userbase. MindArk’s Entropia MMO lacked a presence on social media. With Bamboo, they were able to create a system based on gamification principles that encouraged its players to become brand ambassadors. Entropia’s userbase has experienced strong growth since implementing Bamboo, as have a variety of other game developers.

Compare other enterprise gamification solutions with SocialType using our SmartAdvisor.

Compare SocialType to other Gamification solutions

Learn everything you need to know about SocialType. Our experts will reach out to you shortly.