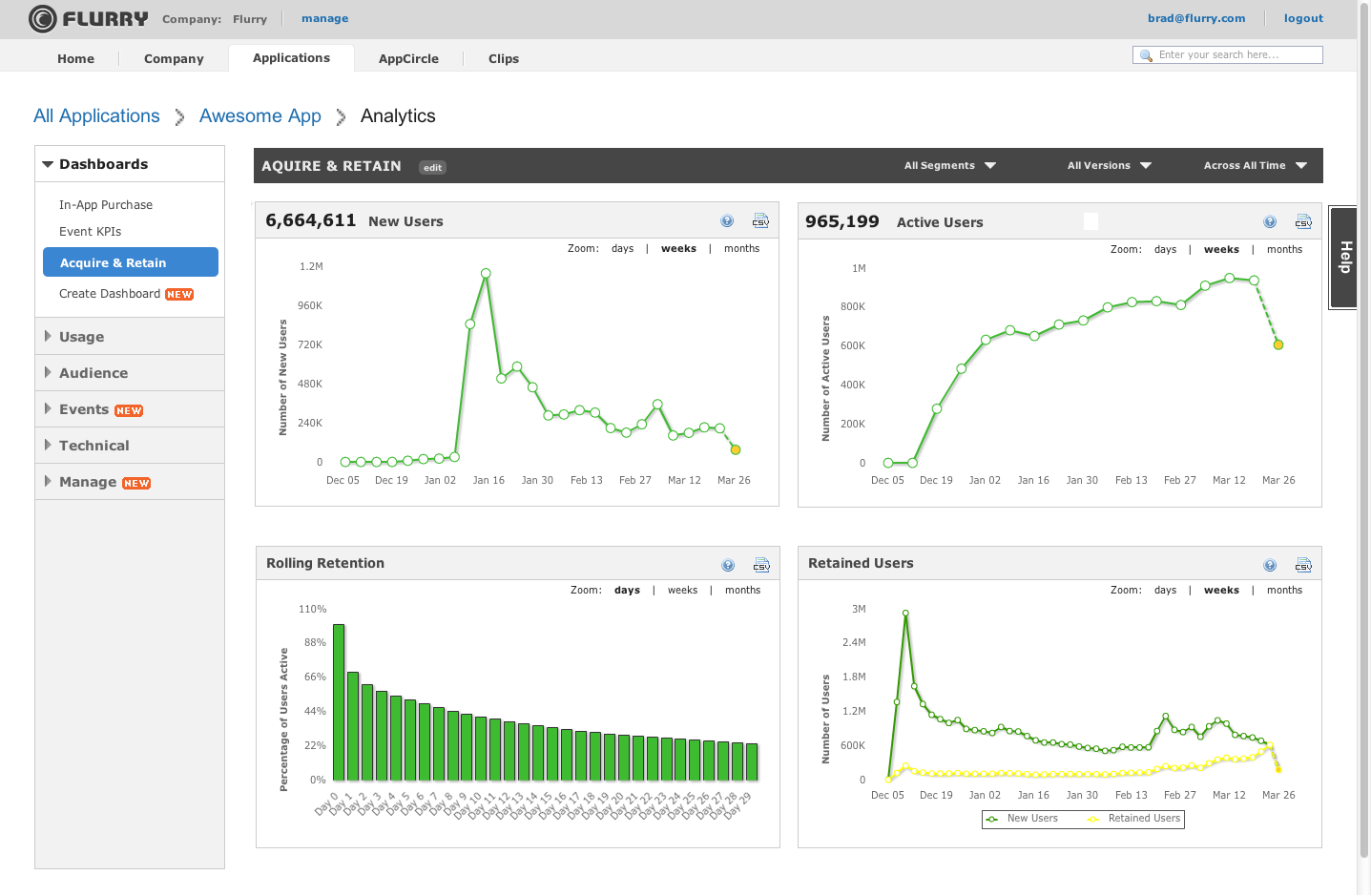 Flurry is a leading, worldwide player in the mobile app analytics market; based in San Francisco, Flurry’s worldwide reach is extended with offices in New York, London, Chicago and Mumbai. The company’s self-named Flurry Analytics web analytics software solution is currently incorporated into over 400,000 mobile applications used by more than 1.2 billion devices worldwide. Since its founding in 2005, this privately held firm has raised more than $50 million in venture capital. These funds were used to create a number of analytics and advertising services in addition to Flurry Analytics, including AppSpot, AppCircle, Flurry Personas, and Flurry Marketplace. Flurry web analytics solutions are used by tens of thousands of independent app developers and small companies, as well as larger firms in the tech world, notably including Electronic Arts, Skype, Groupon, eBay, Zynga, Rovio (of Angry Birds fame), MTV, and CBS.

Flurry Analytics, originally launched in 2008, is a mobile app analytics solution that was created to give users greater insight into how consumers interact with mobile products and applications, providing measurements of the app’s audience, user engagement, reach, user retention, conversion rates, revenue, and other vital information. Available for Android, iOS, Windows Phone, HTML5/Hybrid Apps/MobileWeb, BlackBerry and JavaME, Flurry Analytics is designed to be easy to use, and the company boasts its free advanced web analytics platform takes just five minutes to integrate with most other analytics platforms. Flurry Analytics is continuously updated with new features. The service is built on a ‘Big Data’ platform, with advanced features including: funnel analysis, custom segmentation, audience demographic estimates, benchmark comparisons, and conversion tracking available for power users. Additionally, Flurry Analytics is compatible with all other Flurry offerings, such as Flurry Personas, allowing users to segment their audience by interests or other criteria.

Get pricing for Flurry Analytics

Learn everything you need to know about Flurry Analytics. Our experts will reach out to you shortly.