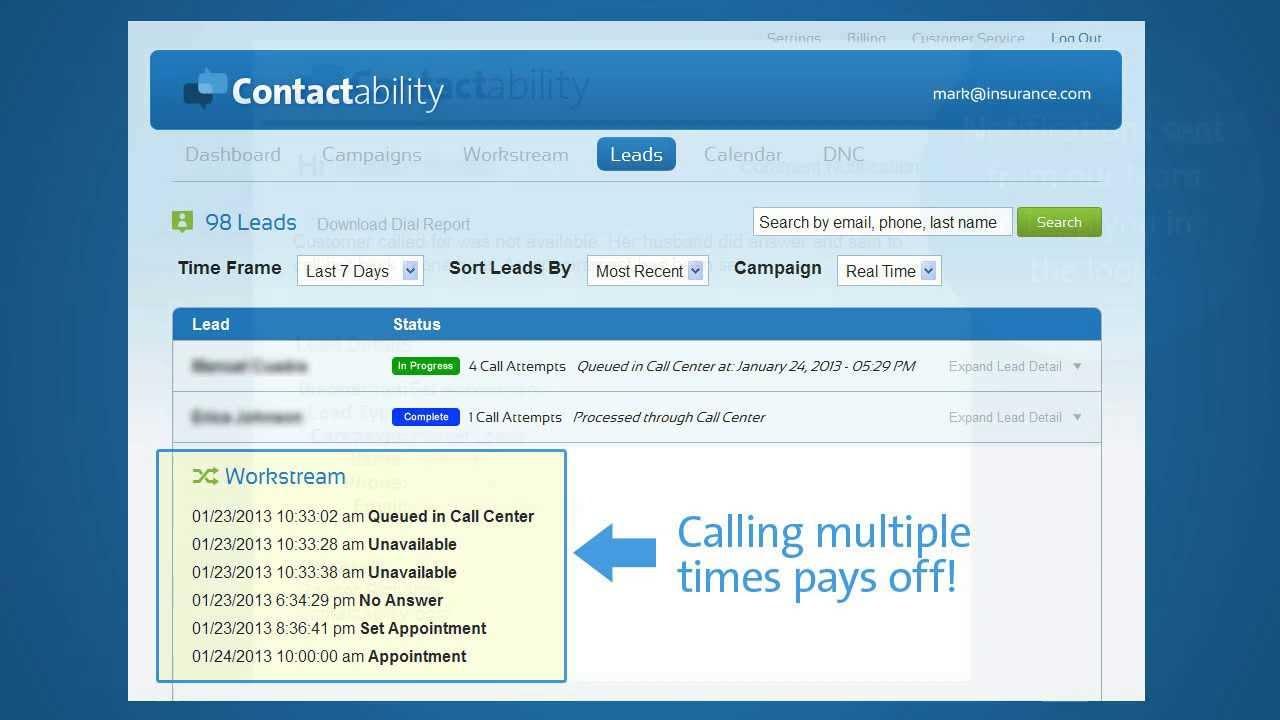 Since its founding as a start-up in Columbus, Ohio, Contactability has grown to serve an impressive client roster of over 20,000 in the last decade. In 2013, the company released Contactability version 2 and reached an impressive milestone: processing 1 million calls and emails for clients per quarter.

Contactability focuses on targeting prospects and transforming them into loyal customers. The all-in-one platform enhances lead capture by de-duplicating leads at every stage of the sales funnel across all traffic sources. Contactability boasts some of the finest instant response technology in the industry, including voice, email, and text solutions. Intelligent nurturing algorithms ensure that organizations follow-up with every lead, including those who don’t respond immediately. This provides companies the tools needed to verify prospect intent and interest. Contactability’s intuitive interface makes it simple to convert warm prospects into scheduled appointments, which are then conveniently handled through Contactability’s sophisticated calendar and reminder system.

When the Salford City Council needed a solution to better serve citizens, reduce the workload on volunteers, and create a more robust internal communications process, they turned to Contactability. Contactability allowed the city council to communicate efficiently with residents of Salford while reducing budget costs. Contactability’s segmentation process and calendar abilities were key components for Salford City’s success.

Learn everything you need to know about Contactability. Our experts will reach out to you shortly.