Business speak is a language of idioms. Terms like paradigm shift and customer centric express (ostensibly) complex ideas with just a few words.

Most of the time, business speak lives a pretty innocuous life. It serves as a vehicle for communicating esoteric ideas and occasionally sounds obnoxious. There’s also research that suggests business speak creates a sense of camaraderie among its users.

ALSO READ: Why “Brand Storytelling” is a Waste of Your Time

But on occasion, business speak can have a negative effect, like obstructing a marketer’s ability to empathize with their audience. Perhaps the most egregious example in the modern business lexicon is the creativity vs. analysis debate.

This line of reasoning suggests that creative people are free-wheeling daydreamers who aren’t equipped to handle the rigors of analytics.

(This is not how creativity works.)

Analysts, on the other hand, are logic-driven machines without a shred of creativity.

(This is not how analysts work.)

Luckily, the creative vs. analytical argument is a fallacy. Creativity depends on analysis and vice versa. This is a particularly important concept for demand generation marketers to understand, because it influences who you hire, how you work, and even your feelings about your work.

The right brain vs. left brain argument has scant evidence to prop it up. Dr. Jeff Anderson of the University of Utah says, “It’s absolutely true that same brain functions occur in one or other side of the brain. Language tends to be on the left, attention on the right. But people don’t tend to have a stronger left-or-right sided brain network.”

Dr. Anderson knows this because he’s the lead author on a study that examined the brain activity of over 1,000 people ages 7 to 29. Other experts corroborate that it takes both sides of the brain for most cognitive skills.

People don’t have right or left-brained tendencies. That’s a myth, and a rather simplistic one.

People don’t have right or left-brained tendencies. That’s a myth, and a rather simplistic one.

The second argument suggests there is no overlap between creativity and analytical work. Creativity is pure inspiration. It’s the proverbial light bulb when you’re daydreaming in your car. It’s Don Draper drunk at the office, offhandedly producing brilliant campaigns.

This narrow view completely obscures the research required to create anything significant. Particularly in an advertising or marketing sense, noteworthy creative work is nearly always predicated on research and observation.

For example, a copywriter’s talent comes from their ability to convey a message in a persuasive or memorable way. But if that message isn’t based on a shared sentiment with the audience, the campaign will likely fail.

Copywriting, then, is also the craft of observation, and creativity should be seen as the practice of developing a deep understanding and communicating that perspective. Understanding people takes research. For advertisers and marketers, that means analyzing the mindset of a certain population and using creativity to engender preference among that population.

Volkswagen’s “Think Small” campaign satirized the American public’s propensity to buy large automobiles and avoid German cars after World War II. The campaign succeeded because the advertiser understood the mindset of its target market and used that understanding to change the perspective of their audience. 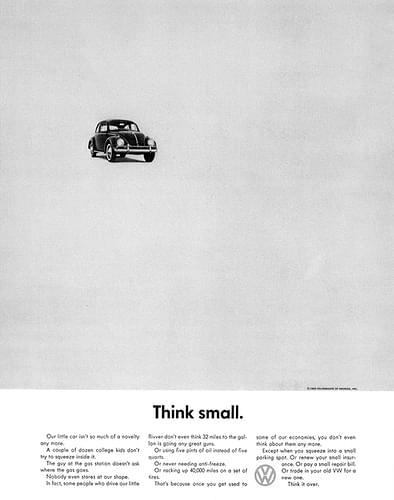 What about analytical work? Surely, it doesn’t take much creativity to examine numbers and graphs?

When an analyst forms a hypothesis, they use their intuition. The relationship between data points isn’t always apparent, so deciding on a course of examination is far from straightforward.

Carl Sagan once said, “It is the tension between creativity and skepticism that has produced the stunning and unexpected results of science.”

Sagan knew that science isn’t purely an interrogation of data. It’s also testing creative observations to reveal the truth behind them. The truly great scientists are the ones who have tested the most creative hypotheses.

If marketers truly want to take a scientific approach to their profession, we must first realize that analysis and creativity are not separate sides of a chasm. They are dynamic stages in a process, and each one must be applied in different doses depending on the circumstance.

Why This is Relevant to Demand Generation

Also Read: The Art of Demand Generation Meets the Science of Lead Generation

Demand generation marries the creative and the analytical forces of marketing. It uses creativity to communicate an offer, and it calls on analysis to judge the efficacy of that creative work.

Therefore, it’s paramount for anyone tasked with creating demand to sharpen both their creative powers as well as their analytical tendencies. 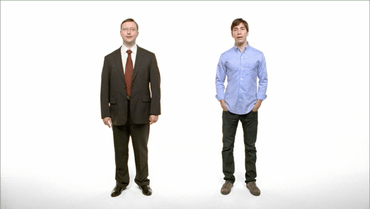 Apple’s “Get a Mac” campaign used a novel approach to create demand for its product — and raised sales 39 percent.

Consider A/B testing. It’s a relatively simple framework for an experiment, yet it encapsulates the entire creativity vs. analytics discussion. Marketers must first develop a baseline using historical data from website visitors and then seek out patterns that reveal opportunities for improvement.

But solving the problems you find in the data requires creativity. What exactly will that new button say? Precisely how long should you wait to email someone an offer after they’ve signed up for your newsletter? What’s the value proposition of that offer?

This Leadpages form has been repeatedly tested until an optimal performance was reached. This type of testing is fundamental to lead generation.

Each answer is a use of your creativity, but because marketing is a data-driven profession now, you’ll have to test each idea and examine the results. The process is cyclical: creativity and analysis are intertwined with the way we improve our marketing and get to know our audience.

Some areas of marketing do predominantly work in either the creative or analytical realm, but creating demand for your product and generating leads for your sales team requires both art and science. Thankfully, these two disciplines are not mutually exclusive.