For too long, business-to-business marketers have subscribed to a flawed ideology.

We have been told that business buyers are automatons that only care for a certain set of numbers and operate on a purely logical basis. Our audience may include people outside of the office, but when they sit down at their desk, all emotions evaporate.

The Business-Buyer-As-Logic-Machine (BBLM) ideology has many believers, and they have shaped B2B conversion strategies into the marathon of technical manuals we see today. Even a cursory glance at the body of evidence dispels most of the reasoning behind this approach.

And because the evidence is so apparent, I won’t regale you with all the reasons why the B2B audience is, in fact, composed of humans who appreciate emotional stimuli. Instead, let’s examine common strategies used by business-to-consumer companies — particularly those that run counter to BBLM.

To be clear, the BBLM approach isn’t without merit. It’s undeniable that spending a business’s money rather than your own will come with added pressure. The complexity of business purchasing is also apparent and well-documented.

These added pressures and obstacles do require a certain level of technical information and number crunching. But as demand generation marketers, we are also tasked with instilling a sense of “want” for our product or service.

I would argue that pricing sheets and case studies aren’t always the best conversion strategies. In many cases, the more creative, distinctive tactics used by B2C companies can yield equally positive results in B2B marketing. Let’s look at some examples.

Create a Worthwhile Narrative Where the Customer Wins

Notice I didn’t use the term “storytelling” in that headline. That’s because the word storytelling in B2B marketing has gone the way of “literally” in the English language. Both words essentially mean nothing.

ALSO READ: Why “Brand Storytelling” is a Waste of Your Time

Storytelling is a powerful tool for persuasion, so powerful in fact that in his book, The StoryTelling Animal, Jonathan Gottschall references multiple studies to posit that humans are more persuaded by fiction than by outright attempts at persuasion.

The problem is that B2B storytelling has degraded to a point where businesses talk about their product as if it will change the world and then expect people to gobble it up. There’s usually an animated video involved that begins with, “Meet Jim.”

You could call that a story, but it’s really just a pitch with cartoons.

Here’s an example of how to correctly use narrative as a marketing device.

This New York Life spot uses a personal event that’s relevant to their customers as a means to introduce the value of their product. At the end, the customers win. I mean, who doesn’t want to “Be Good at Life”?

This differs dramatically from the animated shorts that simply describe how a product works. New York Life creates a narrative that their customers can identify with (read: puts the experience of their customers first), and then lets Dimitri Martin explain how their life insurance benefits the customer.

I’m not saying this type of work is easy. It requires a totally different approach than an animated video does, but the payoff can be significant, because you actually connect with people.

“The decision to comply with a request is frequently influenced by the reciprocity rule. One favorite and profitable tactic of certain compliance professionals is to give something before asking for a favor in return. The exploitability of this tactic is due to three characteristics . . .

“First, the rule is extremely powerful, often overwhelming the influence of other factors . . . Second, the rule applies to even uninvited favors, thereby reducing our ability to decide whom we owe and putting it in the hands of others.”

Reciprocity is (or should be) the foundation for digital marketing, particularly in the B2B world. Nowhere is this more apparent than on a landing page.

We exchange our emails for e-books not only because the form requires it, but also because it would be rude not to. Then because we love the ebook so much, we say yes to the SDR who calls and asks us to demo their software.

At least, that’s how it plays out in the dreams of demand generation managers. The problem is that the e-book has been so abused as an asset that much of the reciprocity has been choked out of the exchange.

A 1,000-word e-book isn’t worth what it used to be, because the internet is full of 1,000 word e-books that aren’t worth a damn, and people don’t feel any need to return the favor.

To evoke reciprocity, you have to create something of astounding value and then ask for something in return. Credit Karma has executed this strategy to near perfection. They’ve developed a host of credit reporting tools — real, useful tools, like credit reports and fraud detection — and they give them away to people for free. 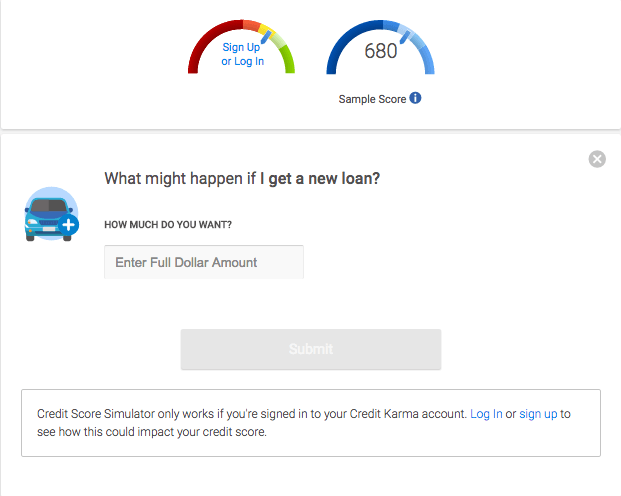 Credit Karma makes money by recommending people to lenders, which works because not only do the lenders trust Credit Karma, but the people who use their software do too. That’s because the software is so useful, it’s engendered a sense of reciprocity that earns people’s trust.

Should you interpret this as a call to dump money into a suite of free tools for your audience? No. But this example does underline what happens when you invest more resources in making useful tools rather than trying to play the market — i.e. publish some half-baked e-book to show middling ROI.

No one is immune to the pull of Business-Buyers-as-Logic-Machines thinking. Like I mentioned earlier, it does have some merit.

But if we take a closer look at how successful B2C companies develop conversion strategies, we’ll find plenty of reasons to renounce BBML. If we develop tools that truly help people and create honest narratives that appeal to real emotions, the demand will follow.

Just as conversion strategy is more than a ratio of inquiries over visitors, demand generation is more than an excuse to exalt our product in front of an underwhelmed audience.