To hear some pundits tell it, the sky is falling for the gamification industry. Gartner has reported market penetration of only 5 to 10 percent. Gamification has entered the Trough of Disillusionment. Rome is burning.

The hype around gamification’s alleged fall from grace nearly matches that of its rise to prominence. But is the game craze really coming to an end for businesses? Upon closer examination, certain facts don’t match up with the effusive “this is the end” perspective.

“All technologies go up and then go down. I think what happened with gamification is everybody thought it was a panacea. Now we’re through that original euphoria and people are starting to try and solve real problems.” , Steve Sims, Chief Design Office, Badgeville

“Now we’re through that euphoria and people are starting to try and solve real problems.”

Hype is a powerful force, especially with new and ostensibly innovative technology. However, after a year or two, consumers and businesses get tired of hearing about it. The excitement fades, replaced by apathy or at times even disdain.

Such is the current positon of gamification. Though Gartner has estimated a relatively underwhelming gamification market, the research firm also played a part in feeding the insatiable hype machine. But Gartner knows how this story goes – they even have a branded graph that plots the lifespan of new technology: 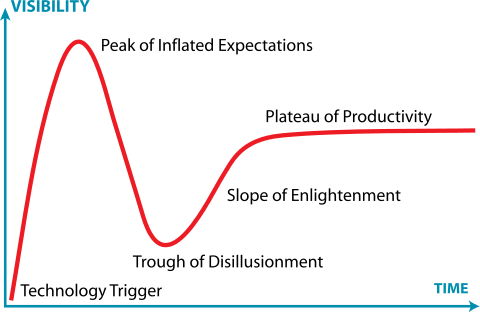 The Hype Cycle correctly identifies that an emerging technology may fail to meet outrageous expectations and suffer a fall from grace.

However, critics predicting the death of gamification haven’t looked ahead to see that the “Slope of Enlightenment” and “Plateau of Productivity” are the next phases awaiting gamification.

Despite the cumbersomely named sections, Gartner’s graph tells a consistently true story. Gamification isn’t the only industry feeling a bit of backlash. Big Data and The Cloud find themselves in similar situations.

It happens with nearly every technology. Just think of how tired you are of hearing about anything “real-time.”

It also makes sense that gamification’s market penetration remains low. Businesses must first identify a need before they purchase this type of technology. And if a business wants to utilize gamification purely for the sake of doing so, then they’re viewing gamification as a strategy rather than a tactic.

Which means they’re doing it wrong.

“We hear this every day [and] nothing could be further from the truth. There are other phrases that describe this exact same thing that have been around forever: ‘reward and recognize,’ ‘measure and motivate,’ ‘guiding and amplifying high value activity.'” , Rajat Paharia Chief Product Officer, Bunchball

Gamification is a broad term. In fact, the expansiveness of the methodology often leaves many companies searching for a succinct framework. The application of game elements to non-game situations just doesn’t really seem to do it.

Even industry experts vary a great deal in their definitions of the technology.

So when one says gamification is dying it’s important to qualify what that means. On one end, gamification could simply be identified as design elements borrowed from video games that make a user interface more engaging.

In this sense, gamification isn’t going anywhere, because it’s simply the evolution of user interfaces.

Consider the present ubiquity of the social media update , an icon with a red text bubble and a number. This element is everywhere, and the habit of clicking it is powerful. And that’s only one of many examples.

Moving to the other end of the spectrum, gamification can encompass an entire behavioral design framework that makes experiences more enjoyable. This tactic is less used because of the high barrier of entry. Determining what motivates people on a personal level requires a great deal of research, and constructing this type of experience is difficult.

Volkswagon pulled it off in it’s Fun Theory campaign, though they partnered with an advertising firm that dedicated an entire team to coming up with these ideas. On the other hand, it’s unlikely this type of framework will be known as gamification in the near future. Terms like gameful design, behavioral design, and so forth are already vying to be the next buzzword for motivational experiences.

So the term “gamification” may indeed die in the coming years, but that in no way signals the death of the technology itself or its underlying principles.

Signals for the Future

Good gamification requires user research and a well planned campaign. That’s why many past campaigns have failed; businesses didn’t do their research or they worked off flawed assumptions. Again, this happens with other technology all the time.

But when gamification is done right, the effect can be immense.

Consider Starkbuck’s mobile app. It’s heavily gamified, and features many “shallow” gamification elements such as points, progress bars, and consistent rewards. Couple this program with the ability to pay at the register using your phone and you get $1 billion in mobile payment revenue for 2013. Well, not you, but Starbucks. 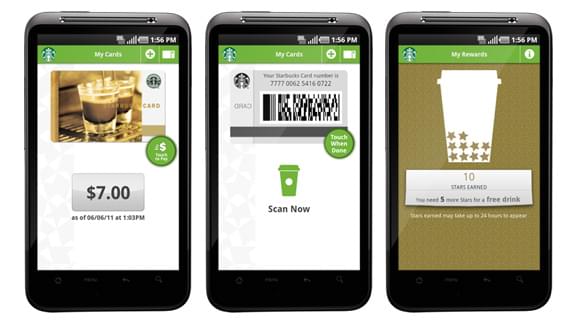 $1 billion worth of gamification

Yes, Starbucks made over $1 billion last year thanks to its gamified loyalty app using gold stars and progress bars.

Whole Foods hopes to be next. Everyone’s favorite organic grocery store is experimenting with a loyalty program, complete with gamification elements. One of the most interesting elements are their experiential rewards. These allow customers to receive a certificate for a Whole Foods experience, such as a cooking lesson or lecture on the finer points of Spanish cheese, based on each consumers’ preferences.

You needn’t look too hard to find other signs of vitality. These include:

Gamification is an interesting example of emerging technology because its breadth touches interface design, user experience design, and even psychology. Consequently, it shouldn’t be a surprise if the actual term fades into the background while the principles remain in play.

Making technology engaging remains a mission critical goal for all kinds of stakeholders throughout the business world. Despite what you might read, it would be na√Øve to ring the funeral bells.

Do you still think gamification is dead? Tell us what you think in the comments below!